I know what you’re thinking. Why is there an article on Friendship APL’s website about the 1985 post-apocalyptic action film starring Mel Gibson? Fear not! I can extinguish your flames of confusion right here. This is actually about a cat whose name is Mad Max. Well, it’s actually just Max but when he runs around his home like the devil’s chasing him, he gets the “Mad” moniker attached to the front of his name. As for the Thunderdome part, well, this little guy has had more than his fair share of thunder. With that being said, like Mel Gibson’s on-screen character, he’s also been one heck of a fighter through seemingly insurmountable odds. 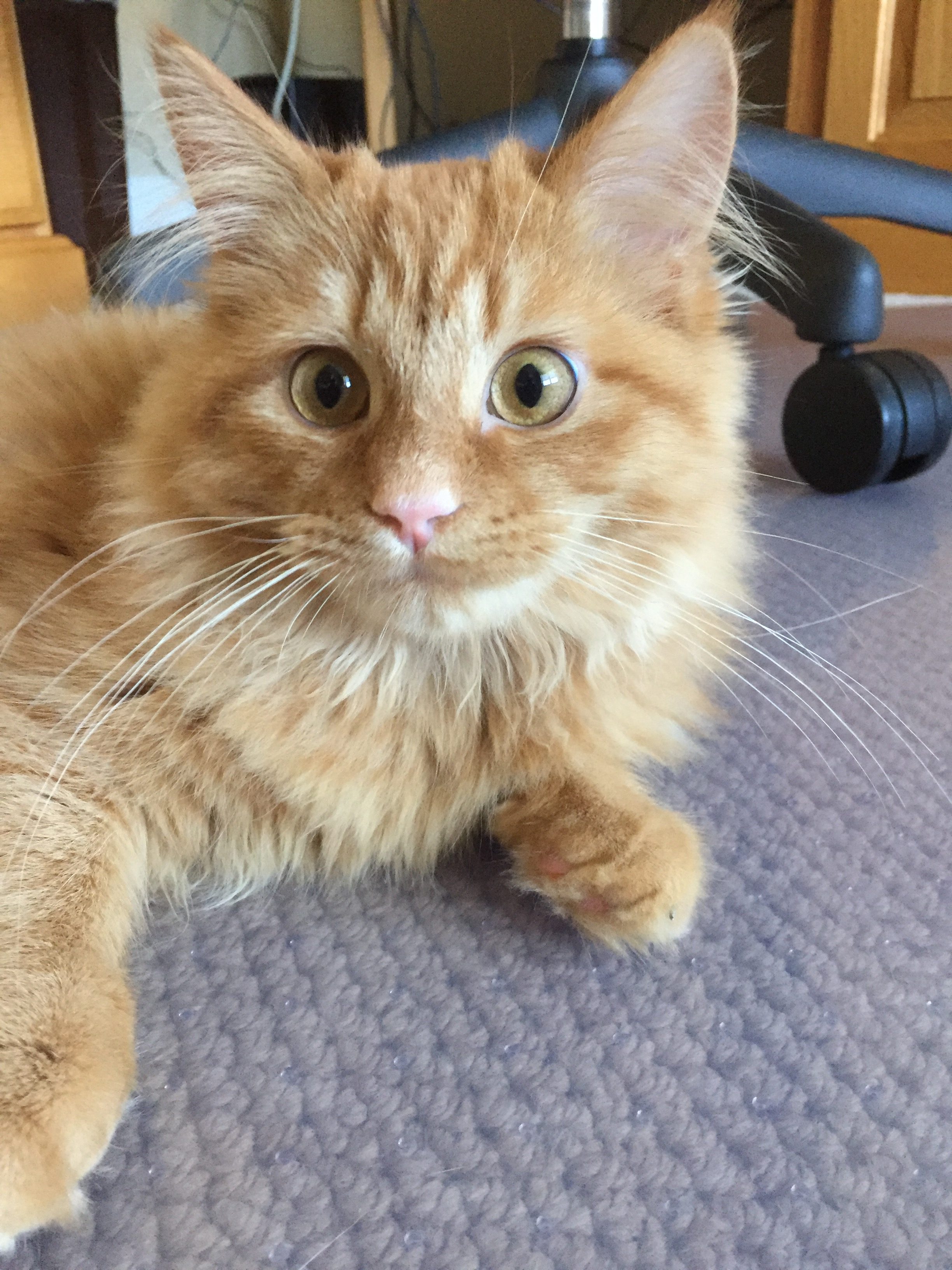 Max as a kitten

So this little orange furball known as Max doesn’t like being picked up.  Not a lot of cats do, but a lot of times that’s just because they don’t want to leave the ground on someone else’s terms or they don’t like not being in control of a situation or they’re just a moody in the moment.  With Max, it’s a bit of a different situation.  When he was just a wee lad, someone had thrown him from a moving vehicle.  The then unnamed kitten hit the ground hard and mobility suddenly became a luxury for the poor little soul.  He was found by a good samaritan who brought him into Friendship APL and from there was taken to a vet for some very urgent medical care.  His injuries were numerous and included multiple fractures to his pelvis and a right leg that was broken in two spots; one fracture to the humerus and one to the femur.

FAPL Director Greg Willey eventually took him into his own home for some closely monitored fostering of the newly and temporarily named Sir Meowsalot.  The four-legged patient was able to receive more attention this way than if he were at the shelter, something that was certainly warranted considering his situation.  This chivalrous feline was soon on the mend and it wasn’t long after that he caught the eye of FAPL Board President Deb McFadden.  She and her husband were putty in Meowsalot’s paws and the rest is history. 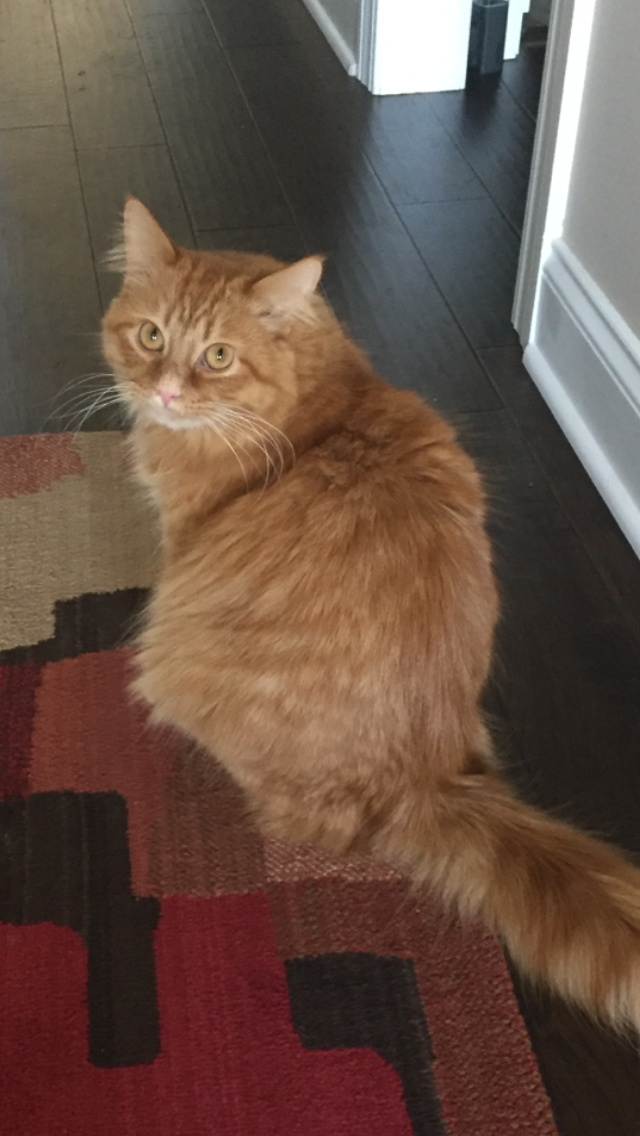 Sir Meowsalot eventually became Max and he is the latest addition to a household that is home to three other FAPL rescues.  Worries about his injuries stunting his growth have since been cast aside as the 15-month old has filled out quite nicely.  He can run like the wind and his appetite certainly isn’t affected either.  When I pay the little guy a visit, he’s usually the first to greet me at the door, although I’m not sure if that’s because he’s happy to see me or he sees an opening to spend a few moments outside.  Either way, this cat has a face that lights up a room and is enjoying a spoiled life, well deserved after his traumatic early days. 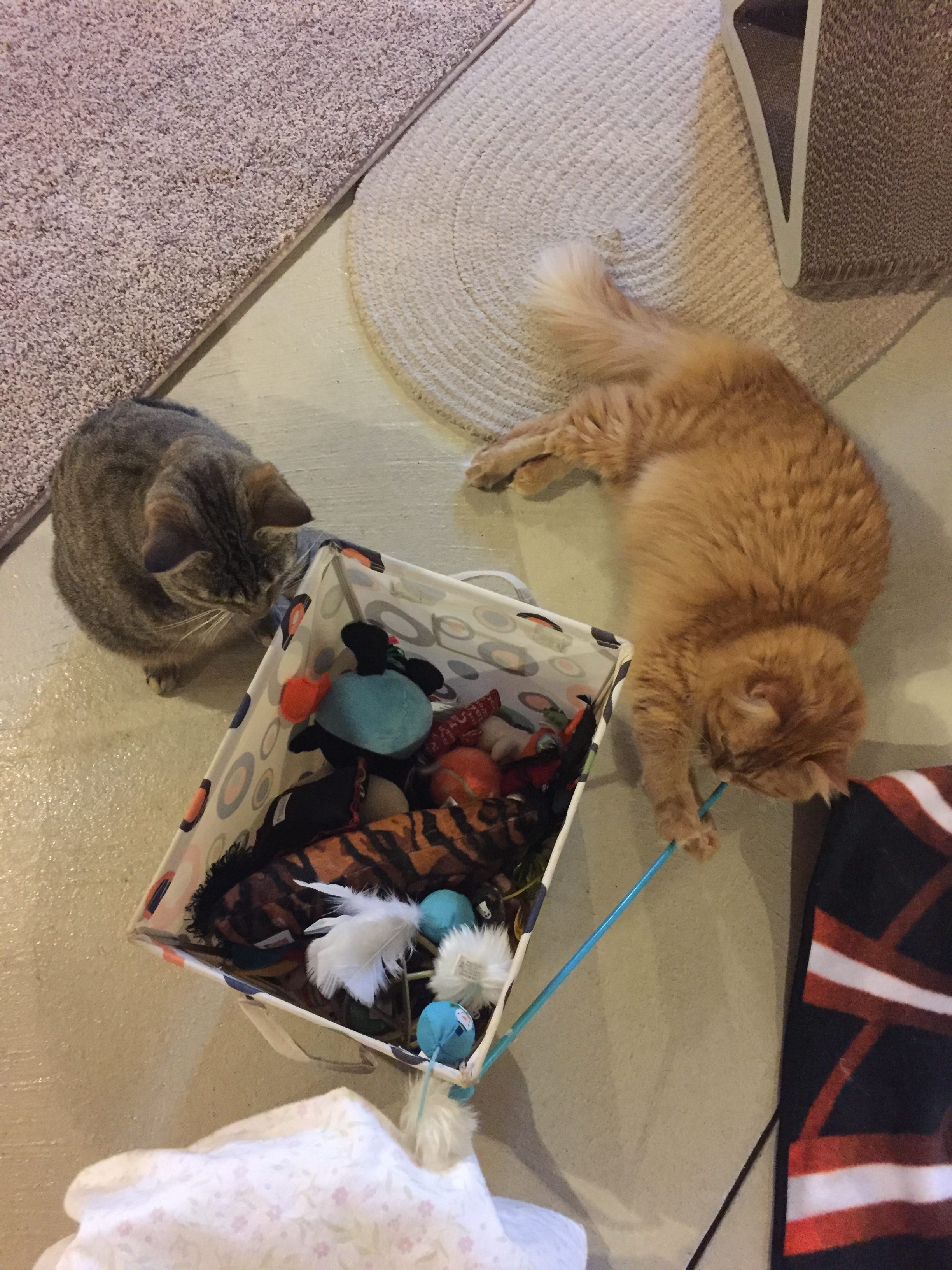 Max playing the flute or drinking a milkshake while hanging out with adopted sis Misty.